The highly anticipated German-American Volksfest in Grafenwoehr is back!

Note: This event has already passed.

The festival fosters German and American friendship and culture - living, working and celebrating together. Volksfest draws American soldiers, families, civilians, retirees, and Germans living in the surrounding areas of USAG Bavaria. Carnival rides, a beer tent, German and American food, displays of German and American Army equipment, retail booths, a visit from the 501st Legion, Pirates, the Flying Boots, music and dancing are highlights of Volksfest. 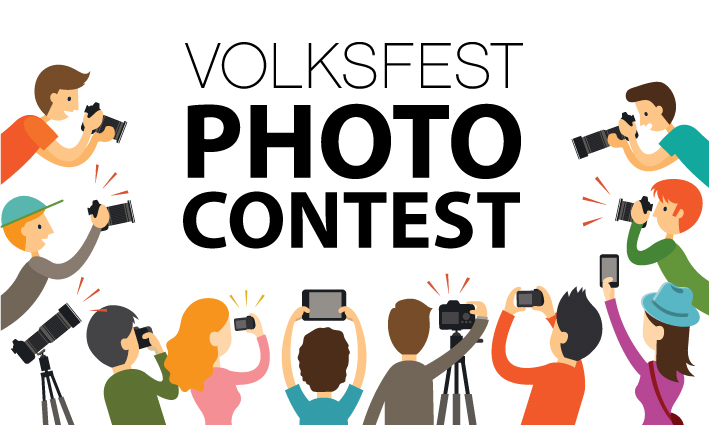 Share your best photos by posting them in the comments or in a private message on our Facebook page or tag us in your photos on Instagram for a chance to win best overall photo or best swag photo and win one of the great prizes, including a three-night stay at beautiful Edelweiss Lodge & Resort. 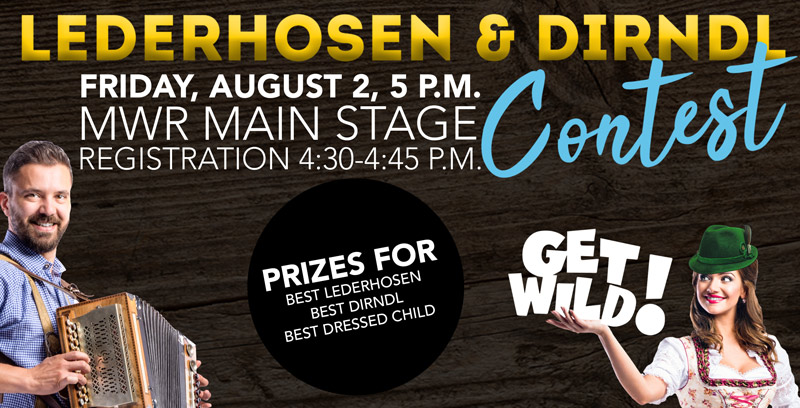 How much does it cost?
Entrance into the fest is free. Food, beverages and rides are available for sale.

What can I expect?
This is Germany’s largest German-American Volksfest. There will be:

Merchandise Preview
Don't forget to purchase the 2019 Volksfest beer stein to add to your collection for only $12!

How do I get there?
All gates are open to ID cardholders. The main entrance to the Volksfest, however, is through Gate 6 on B-299 across from the Gründerzentrum Grafenwöhr. Non-DoD cardholders must enter through Gate 6. The only exit is through Gate 4 at Tanzfleck. When entering Gate 6, follow the signs to the parking areas. During the weekend, all traffic between Tower and Rose Barracks must use B299 unless drivers have a fest pass, which allows access to Chancellorsville Road (between Gate 9/near the Exchange Express gas station and Gate 4 at Tanzfleck). For example, if you do drive in from Eschenbach, you must enter Gate 6 and exit Gate 4 (Tanzfleck).

We highly recommend that DoD cardholders park on-post and take the garrison shuttle to avoid traffic.

Can I use public transportation to get there?
Yes, public buses run every 15 – 30 minutes to take visitors from the parking areas downtown to the fest grounds. On Friday and Saturday, the bus will run from 11 a.m. - 1:30 a.m.; on Sunday, the bus will run from 11 a.m. - 12:30 a.m. Public bus stops are located near the outdoor swimming pool at Waldbad (Am Waldbad, 92655 Grafenwoehr), on Marienplatz in front of the town hall (Marienplatz, 92655 Grafenwoehr), at the German post office (Alte Amberger Strasse 28, 92655 Grafenwoehr) and at the Gründerzentrum on B-299 (Am Gruenderzentrum, 92655 Grafenwoehr). Bus fee is €2 roundtrip. You will have to show your IDs prior to entering bus. All bags will be searched before boarding the bus.

My friends are not affiliated with the DOD. Can I bring them?
Yes, but enter through the main entrance at Gate 6. All non-DOD ID cardholders over the age of 16 must have an official ID such as a Personalausweiss or Reisepass to enter. A driver’s license is not enough.

What types of items are PROHIBITED from the fest?
Prohibited items include: backpacks, large bags, alcohol and any outside beverage/container, Coolers, water guns, weapons and any items that may cause bodily harm as determined by law enforcement.

Can I bring my pet?
Yes, but you must have your pet on a leash. Also, be advised that there will be large crowds and lots of noise. The Volksfest may not be in the best interest of your pet.

Can I bring my own beer?
You are prohibited from bringing your own alcohol, food, coolers, backpacks, large bags and pouches. Food and beer will be available for sale.

Will there be a military equipment display again this year?
Yes, static German and American military vehicles and equipment will be on display during the entire Volksfest.

Will there be live bands?
Yes. See above for the schedule.

If you want to head back, hit cancel.